A Visit to “Menokin”

On Thursday, my family took a drive over to “Menokin,” the historic home of Francis Lightfoot Lee in Richmond County, Virginia. Lee was a signer of the Declaration of the Independence, a slaveholder, and a leading figure in the Virginia gentry at the time of the Revolution. Our tour was led by Sarah Pope, the Executive Director of the Menokin Foundation. The foundation aims to preserve the historic home and develop a teaching program around the site.

What’s remarkable is first, that we know so little about Francis Lightfoot Lee, and second that the home sat unoccupied for as long as it did. Martin Kirwan King has generously donated support to restore the home and begin conservation work. Any scholar working on the Revolutionary period looking for a dissertation topic or a Master’s thesis topic might consider writing about Francis Lee. The archaeological dig in and around the home have revealed important details of 18th century Virginia life. The slave quarters and other outbuildings have yet to be fully documented and uncovered.

Lee held 47 people in bondage and his will offers us a small window into the gentry world and into slavery. It provided that after his wife’s death, “all the said negroes, furniture and what my remain of the other articles mentioned in this clause to my nephew Ludwell Lee, second son of my Brother Richard Henry Lee, forever.” But Lee went further, holding that if Rebecca Lee removed herself from Menokin, then the sale of “the negroes” would follow. In other words, Lee contemplated without question or concern the breakup of slave families and lives–what Walter Johnson has called “the chattel principle.” He also mentioned only one slave by name: Cate, the maid of his wife Rebecca. But he did so, only because his will provided that Rebecca might choose to take her dower, rather than the 250 British pounds sterling a year his will provided for her, and if so, then Cate could be exempted from the estate and held in the dower. This was common, but it never ceases to amaze us on cold (re)reading–the clutch of the slavery system, the grip on the future lives of the enslaved through such legal documents. The Foundation will need more research to discover the material, social, and religious lives of all the people working at and around Menokin, and the history of this gentry world. The recent book by Melvyn Patrick Ely, Israel on the Appomattox , tells the story of a Virginia gentry Richard Randolph and his remarkable will which freed his slaves after the Revolution and set them up on a 400-acre piece of land. Comparing the will of Richard Randolph and Francis Lightfoot Lee, one wonders how we can reconcile them, the former inspired by the ideals of the Revolution freed the slaves he inherited, the latter a signer of the Declaration of Independence bound slaves even more tightly in enslavement to his kinsmen.

The house is a beautiful structure and a thoroughly pleasing architectural design. The original plans, amazingly, were discovered only recently. They included two buildings–an office and a kitchen–now utterly collapsed. The overall project is of unquestioned importance, and I expect we will be learning more about Lee in the coming years.

To give a sense of the project and its scope: 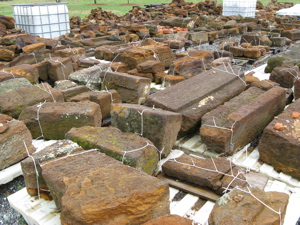 Stone recovered from the Menokin foundation, 2011. 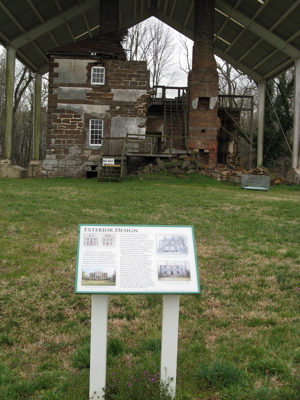 The view of the front entrance to Menokin, 2011. 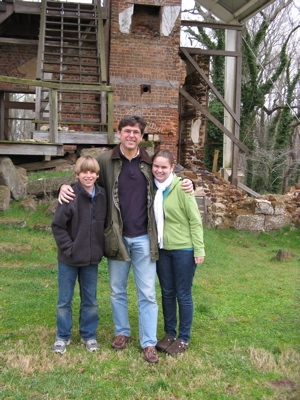 For more photographs and materials visit the Foundation’s photographic collections.

At the Library of Virginia: Looking for Mima Queen